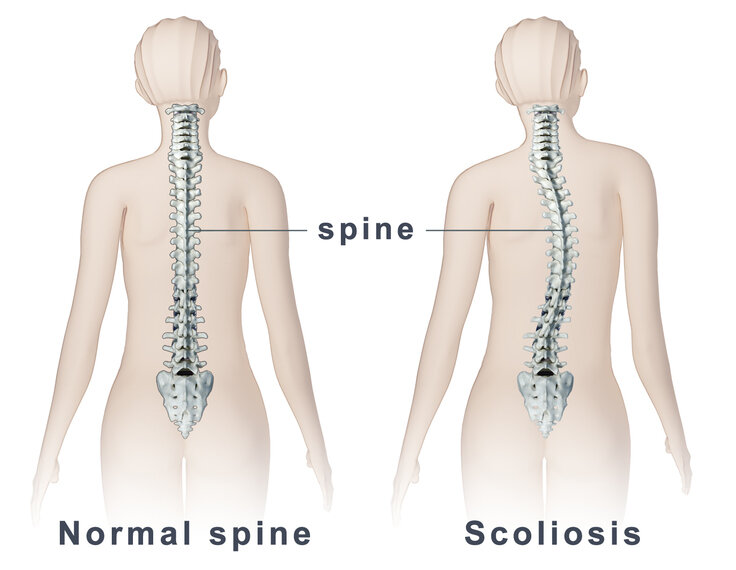 Scoliosis means there is an abnormal curvature in your spine. The angle of the curve may be small, large, or somewhere in between. But anything that measures more than 10 degrees on an X-ray is considered scoliosis (chiro toronto). Doctors may use the letters “C” and “S” to describe the curve.

If you have scoliosis, you might lean a little when you stand. You could also have:

Causes of scoliosis can be many. The most common one being adolescent scoliosis, meaning that the curvature developed during teenager years. Other causes include:

Neuromuscular scoliosis is caused by a disorder of the spine or a spinal cord injury. These conditions sometimes damage your muscles so they don’t support your spine correctly. That can cause your back to curve.

Degenerative scoliosis affects adults. It usually develops in the lower back as the disks and joints of the spine begin to wear out as you age (toronto chiro near me)

If you suspect you have scoliosis, make sure you make an appointment with your doctor to discuss this concern before making any diagnosis. (scoliosis toronto chiropractor)

Getting FIT for the summer? How about working on your posture first?

Tips for a Healthy Holiday!